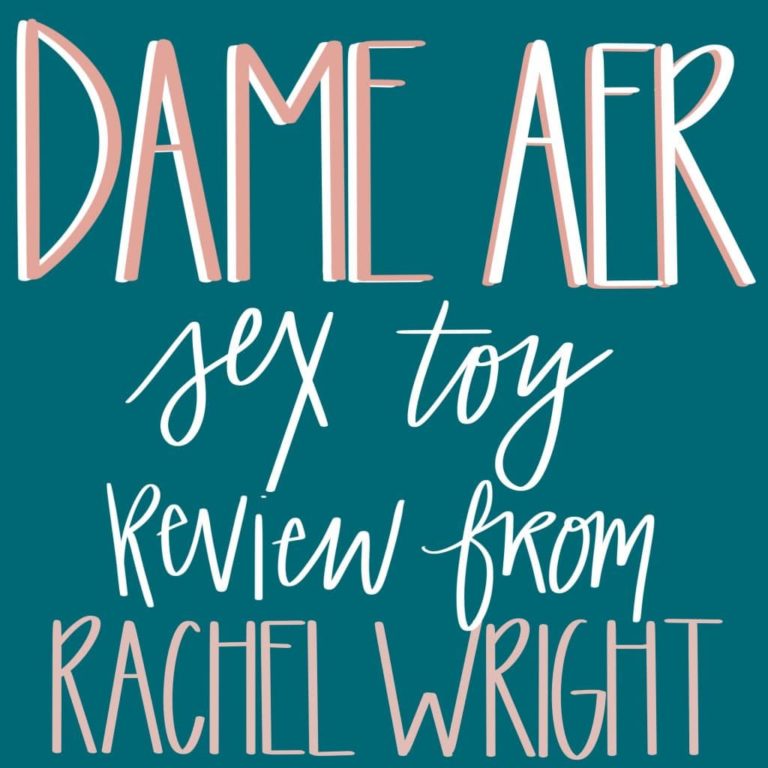 Dame Products is a relatively new and accomplished sex-toy company founded in 2014 by Alexandra Fine, a sexologist, and Janet Lieberman, an engineer. They developed Eva, the most crowdfunded sex-toy in history, according to their website, and made their name known in the space. Their newest toy venture, the Dame Aer, is their first suction toy that uses pulsating air technology to recreate the sensation of oral stimulation.

The Aer features a unique, oval-shaped opening that is one of the largest openings on the market for a suction toy, along with an ergonomically curated shape for ease-of-use.

“If you break it apart the motor that runs it is almost exactly the same motor that’s in vibrators,” says Couto, “vibrators have a hunk of metal that is fastened away from the center so it’s an eccentric rotating mass and that creates the vibration.”

Couto explains that the difference in the Aer and other suction toys, is that there is a piece called a cam that is attached to the rotating piece which is connected to an arm with a wall attached to that.

When the motor begins to vibrate, it moves the cam, causing the wall to move back and forth inside the toy, pulsating the air in and out the opening of the Aer, creating both the seal and sucking sensation.

“This is how pistons are driven in cars,” tells Couto.

Clitoral Suction Toys in the Market

The suction toy is another relatively new concept for the sex-toy industry, with the making of the the first product type by Womanizer in 2014.

Aer’s unique features lie in how the product was crafted based on analyzed survey data of suction toy user preferences and beta-testing of different products currently on the market; A vital step for every creation Dame produces, tells Couto.

Her team found that they wanted to create a product that would have a larger opening in order to include a wider variety of clitoris-owners, as well as an elongated opening shape to provide an ergonomic comfort and seal.

The concept fits in well with the company’s overall mission to close the pleasure gap; A concept explained in Dame’s online wellness blog Swell in an article entitled What is the Pleasure Gap.

The article explains that various statistics show that cis-women are 4 times more likely to say they’ve experienced sex without pleasure and, in some ways misunderstanding the structure and function of the clitoris and its variety of externally visible shapes, and sizes can lead to the continued widening of that gap.

The Dame Aer acknowledges that clitorises come in many different external sizes and shapes and therefore, the size and seal of a sucking toy opening can be optimized to include more variety in body shape.

However, while the Aer was made with clitoris-owners in mind, the product’s larger opening gives it a wider range of versatility for enjoyment. This means you could use it on your (or your partners’), nipples, perineum (taint), labias, and more; Making it suitable and fun for all humans, not just clitoris-owners.

The toy also has another fun (and incredibly beneficial) feature: It’s completely submersible in water, allowing for use in a bathtub and shower!

The Aer’s versatility and comfort give it its five-star rating from me. It exemplifies Dame’s core characteristics of people-backed and people-oriented products.

“This is a really cool space to be working in, and there’s so much room for innovation, and improvement, and activism here,” shares Couto about working at Dame.

The company has once again shown the sex-toy industry how to approach the creation of products through an empathetic, customer-oriented, and activist approach, with another creative, versatile, and fun product.

Want to purchase your own Aer?

Click HERE and use code RACHELWRIGHT for a special discount.
Note: I am a proud affiliate for Dame.